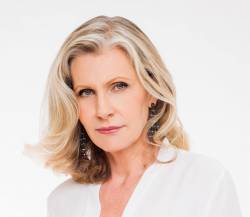 The label on the package tells you the amount of calories, carbs, protein and fat of what’s inside. But it’s not that plain and simple. What else is hiding in the package? That’s listed on the mile-long ingredients label and chances are you don’t know what even half of them are, if you can even read the small writing.

Improve your knowledge of sneaky additives so you can avoid them!
In a perfect world, we’d all be eating a diet based only on fresh, seasonal, locally grown whole foods. But we don’t live in utopia and these days many of us rely (at least part of the time) on fast, convenient and factory-made foods packed with chemical additives that most of us can’t even pronounce. While some additives are safe and a few even improve the food’s nutritional value, others are downright dangerous. Becoming aware of the most troublesome ingredients can help you avoid them and be proactive with your health.

1. Natural Flavours
Listed as: Natural flavours.
Found in: Baked foods, frozen foods, confectionary, sweets and more
What’s the big deal? Natural flavours include a number of naturally occurring (non-chemical, non-artificial) substances approved for use in food by the government. These flavours often come from allergy-inducing ingredients such as nuts and wheat. Vegetarians, be warned: Sometimes the source is meat or another animal product. Many of these ‘natural flavours’ are disgusting too. Take “castoreum”. Do you enjoy eating raspberry flavoured candy, chocolate, ice cream, yogurt and chewing gum? Then you may be secretly ‘enjoying’ beaver anal gland secretions. That’s right, the most common “natural flavour” in raspberry flavoured goodies actually comes from the rear end of beavers. Don’t ask me how they discovered that.

3.  Chemical Cocktails
Listed as: Unlisted.
Found in: Non-organic produce.
What’s the big deal? Conventional farmers spray their produce with chemical fertilizers, insecticides and herbicides to keep insects and weeds at bay. Residues of these toxic chemicals end up on your food, and some studies have linked them to cancer and birth defects. How to avoid: Wash your produce thoroughly with a mixture of 1 tsp mild dishwashing detergent and 4 litres of water. Buy organic or shop at the local farmer’s market.

Listed as: Sodium nitrite.
Found in: Processed meats including bacon, ham, hot dogs, lunchmeat, and corned beef.
What’s the big deal? This preservative can mix with chemicals in the stomach to form nitrosamines, a carcinogenic substance linked to cancers of the pancreas, bladder and brain.
How to avoid it: Replace processed meats with fresh meats, or purchase nitrite-free lunch meat. Meat found in canned soups and frozen dinners commonly contains sodium nitrite, so check labels carefully (or better yet, don’t buy them and make fresh)

5. High-Fructose Corn Syrup
Listed as: High-fructose corn syrup, corn sweetener, corn syrup, corn syrup solids.
Found in: Frozen foods, sweets, breads, spaghetti sauce, ketchup and more.
What’s the big deal? High-fructose corn syrup increases your risk for diabetes. It also encourages overeating because its chemical structure tricks your brain into thinking your body is hungry. And it can raise triglyceride levels in the bloodstream, which increases risk of heart disease.
How to avoid it: Limit your intake of added sugar to less than 10% of your total daily calories. For a woman on a 1,500-calorie diet, that’s only 150 calories, or about 37.5 grams.

What’s the big deal? Aspartame is not your friend. Aspartame is a neurotoxin and carcinogen. Known to erode intelligence and affect short term memory, the components of this toxic sweetener may be linked to a wide variety of ailments including brain tumours, diseases like lymphoma, diabetes, multiple sclerosis, Parkinson's, Alzheimer's, fibromyalgia, chronic fatigue, depression and anxiety attacks, dizziness, headaches, nausea, mental confusion and seizures.

Listed as: Yeast extract (yes, marmite!), gelatin, textured and hydrolyzed proteins, calcium caseinate, sodium caseinate, and more.
Found in: A wide range of foods including chips, canned soups, salad dressings, fast food, and frozen dinners.
What’s the big deal? MSG is a flavour enhancer that can affect the nervous system and make you feel hungrier than you really are. It is also an excito-toxin and regular consumption can result in depression, disorientation and obesity. It may also trigger migraines.
How to avoid it: Read food labels carefully. Even packages that say “No MSG” or “No MSG Added” can sneak the substance in disguised as any of the ingredients above.

8.  Sodium
Listed as: Salt, monosodium glutamate (MSG), baking soda.
Found in: Meat, eggs and dairy products. Also found in processed foods like canned soups and frozen dinners.
What’s the big deal? Your sodium count should not exceed 2,400 milligrams a day, but some studies show that for those consuming a western diet average intake is 3,300 milligrams a day. Excess sodium can raise blood pressure, which puts extra strain on your heart.
How to avoid it: Use herbs and spices rather than salt to flavour your food.

9.  Omega-6
Listed as: Linoleic acid; sunflower, sesame, corn and soybean oils.
Found in: Frozen and processed foods.
What’s the big deal? Ideally, you should eat three omega-6 fatty acids for every omega-3 fatty acid you eat. But the ratio in most Western diets is between 10:1 and 20:1. Excess intake of omega-6 can raise blood pressure and increase your risk of heart disease. It’s also pro-inflammatory so can make acne, eczema and other inflammatory conditions worse.
How to avoid it: Eat fewer processed foods. Be aware that some fish oil capsules and flaxseed oil often contain omega-6 along with omega-3. Take an omega 3 supplement alone. You’re probably getting enough omega 6 through your diet.

How to avoid it: Even foods that claim 0 grams of trans fat on the label can contain it because food manufactures don’t have to list amounts under 0.5 grams. But eating more than one serving of a food can easily double or triple that half a gram. Read the label to be sure there are no partially hydrogenated oils hiding in the ingredient list.