What’s so good about buckwheat? 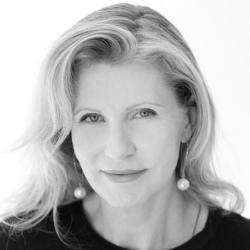 It’s not a grain and it’s not related to wheat. Buckwheat is actually the seed of a leafy plant similar to rhubarb, first cultivated in China and the Himalayas over 1,000 years ago. Local populations depended on it for the vital nutrients, protein and fats needed to survive their difficult living conditions.

Although it’s not actually a grain, it’s used like one. But compared to traditional grains like wheat, rice and corn, buckwheat is far superior nutritionally. It has more protein and is higher in the essential amino acids lysine and arginine – in which the above grains are deficient. It also has a much lower glycemic load, so it’s ideal to help manage our weight and sustain our energy levels longer.

Aside with keeping our blood sugar levels stable, it’s also a great source of fibre, which binds to toxins and helps us eliminate them, it’s rich in energy-producing B complex vitamins and it’s high in rutin, an antioxidant that helps quench inflammation.

Finally, it’s gluten-free, so coeliacs (celiacs) or anyone that wants to avoid gluten can enjoy it abundantly. Buckwheat might have been around a while, but it’s easy to see why this modern-day superfood is becoming ever more popular.